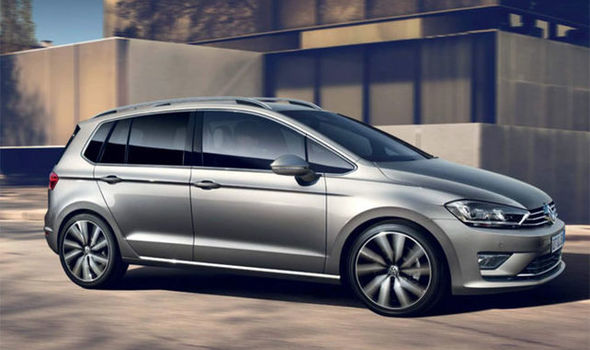 The proliferation of crossovers in showrooms might have left the old-school estate car with some load-lugging appeal but what about the mid-sized people-carriers such as this Volkswagen Golf SV?

There’s no doubt that the original Renault Scenic had lots of appeal for its sheer flexibility, but even the French firm has styled the latest version with a more crossover look compared to before.

This Golf SV on the other hand simply looks like a slightly bloated version of the popular hatchback – like a retired and now-overweight boxer.

For some, that similarity Power: 0 to seconds, 132mph Fuel economy: CO2 emissions: Rivals: Ford Focus Renault Rating: to the hatch might be all the appeal they need but, to our eyes, it just looks a bit flat and conservative.

Yes, the similarities are there but when you’re up against numerous crossovers for competition with all their lifestyle kerb appeal (however imagined it is in reality), you’ve got to wonder whether it’s enough.

At least Renault puts all its Scenics on 20in wheels to improve their looks.

This version of the SV is the GT model, the fastest and most powerful in the range with lowered suspension and fancy “Dijon” alloy wheels, although they’re still only 17in and look fairly small.

Under the bonnet there’s a 1.5-litre turbopetrol engine with 150bhp, linked to a sevenspeed twin-clutch semi-automatic gearbox. That’s enough to get the VW from 0 to 60mph in 8.8 seconds and on to a 132mph top speed. At the same time it returns 54.3mpg average fuel economy and 118g/km emissions.

Despite that on-paper performance, the reality is that driver enjoyment isn’t high up the SV’s priority list. 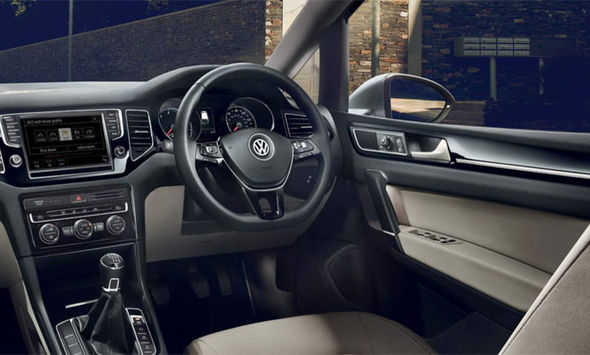 Fair enough, nobody is pretending that a family car like this should be making your heart race but this is quite the opposite.

Even in Normal mode the gearbox seems slow to kick down when you need a quick burst of acceleration and the engine at times feels a little asthmatic – though ironically not when it slips into fuel-saving two-cylinder mode.

That’s a shame because there’s little body roll through corners and the steering is quick to turn in to them, although there’s little feedback on what the car is doing underneath.

Even in this – the GT version remember – the message seems to be that you’ve bought a family car so should give up on enjoying life behind the wheel.

That on-road experience wasn’t helped when we found it oddly difficult to find a comfortable driving position.

Despite height and reach adjustment on the steering wheel and height adjustment for the seat, it always felt too upright for our liking and caused us discomfort after as little as an hour driving.

The seats have enough room for 6ft adults

That’s a shame, as there’s a lot to like about the rest of the interior. The build quality is exceptional and the infotainment system is excellent even if the touch-screen controls are sometimes a little over-sensitive.

We’re not big fans of the strange pattern for the gloss panels on the dash or the finish of the extra dash-top cubby which, oddly, has a different grain to the rest of the dash and so is weirdly mis-matched.

There are some nice touches, though, such as the cupholders that have a clever rotating grip feature and also the elastic strap that helps to keep a mobile phone in place while driving. The door pockets are nice and big too and we like the anti-slip mat in the main front pocket.

The upside of those rather staid exterior looks is that there’s masses of space inside.

The rear seats easily have enough head and leg room for 6ft adults and there are pop-out trays in the back of the front seats as well as small pockets between the seat and the door that are handy for children. 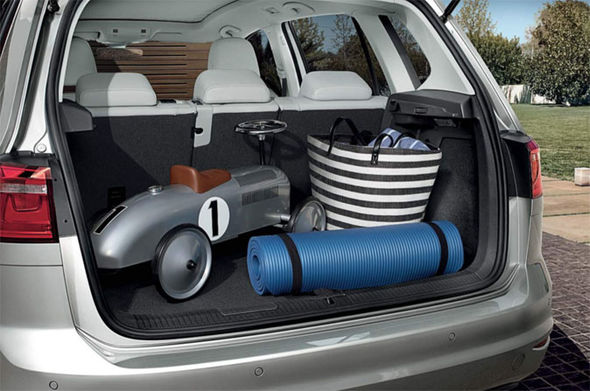 The Golf SV is a practical family car

However customers probably expect a couple of USB ports in this day and age rather than the single 12v socket.

However, for all of those smart little touches, like that exterior there doesn’t seem to be much design flair here.

Everything is very dark, functional and, well, Germanically efficient. There are no splashes of brighter colours or eyecatching shapes. VW may argue that families need that practicality but we’d also argue that they often want a car that they fall in love with, too. That’s unlikely to be the case here.

And that, ultimately, sums up the Golf SV GT as a whole. 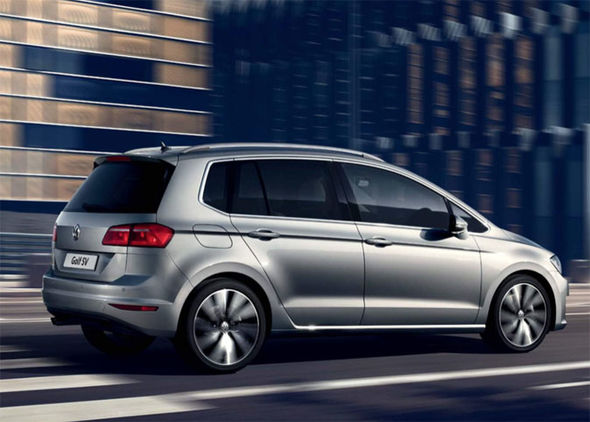 There’s lots to recommend this Volkswagen from a practical point of view although this GT version may be slightly misconceived in that it gives a sporting hint to a car that’s not remotely sporty.

But, for us, the problem is that plenty of cars on the family market, whether five-seater people-carriers or crossovers, are practical enough for most buyers’ needs so they often then look to other factors such as the car’s styling or driving enjoyment as a decider.

Which is where this Golf SV falls down.

Because, as capable as it is, it fails to shine or stand out in any other area to fully appeal.

I'm a 50 year old PLC programmer from Burnley, UK. I severed my time as an electrician in the baking industry and soon got involved with the up and coming technology of PLC's. Initially this was all based in the Uk but as the years went by I have gradually worked my way around the globe. At first it was mainly Mitsubishi with a bit of Modicon thrown in but these days the industry leaders seem to be the Allen Bradley range of PLC and HMI’s.
Previous Amaysim chief departs for Foxtel
Next Oh, the things I would do to get this cardboard-style Nintendo Switch