The 5G wireless revolution will come, if your city council doesn’t block it first 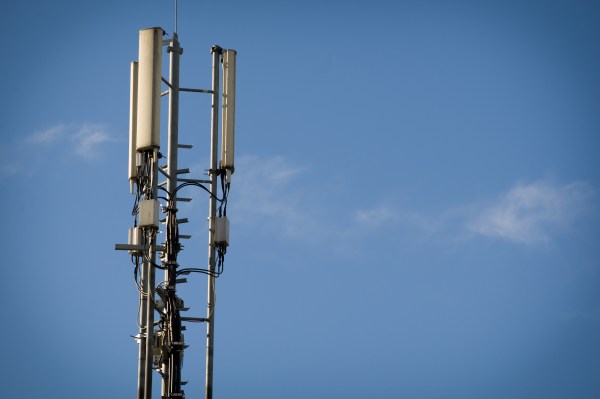 The excitement around 5G is palpable at the Brooklyn 5G Summit this week, and for good reason. Once the province of academic engineers, there is increasingly a consensus emerging among technology leaders that millimeter-wave technology is ready for prime time.

Yet there remain large barriers to a successful rollout, particularly at the local government level. Those challenges could prevent the U.S. from aggressively competing with other nations like China, which are investing massive resources to lead this next generation of wireless technology.

The Summit, now in its fifth year and organized by New York University’s Wireless Center, Nokia and IEEE, is designed to showcase New York’s technology leadership in the space. New York has been at the forefront of wireless for many years, with the first mobile phone call taking place in Midtown Manhattan.

That was 45 years ago though. This month, New York learned that it had been selected as one of two initial sites for a 5G testbed by the Platforms for Advanced Wireless Research program, which is managed by the National Science Foundation in concert with a consortium of wireless companies.

Through a program called COSMOS, researchers will deploy a total of 249 large, medium and mostly small cell nodes to West Harlem (including Columbia University’s Morningside Heights main campus) in order to investigate the performance of 5G in an urban setting. New York was awarded an initial grant of $3.6 million to execute the initiative.

This sort of testbed model is quite progressive in the wireless industry. While the notion of a minimum viable product and constant test feedback is a hallmark of software startups, that mentality has not been translated well into the wireless world. The hope for this testbed is that as new equipment is invented in the coming years, the West Harlem network can be continuously upgraded, serving as a model for potential deployments onto operators’ networks across the country.

It’s also critical because the network architecture of wireless is expected to change drastically in the years ahead. More computing will be done at the “edge” in order to reduce network latency and power the internet of things. In order to handle that traffic, new machine learning algorithms are going to have to be deployed that can actively manage traffic and ensure that applications have reliable performance. A realistic testbed provides key training data and analytics that can improve those algorithms and ultimately deliver better services to customers.

The good news is that the U.S. has conceived and launched this test program. The bad news is that we may still be too slow to win the competition for this generation of wireless tech.

The wireless industry’s trade association, the CTIA, has declared the rollout of 5G a “race” between the United States and the Asian nations of China, Korea and Japan. The U.S. widely won the competition for 4G technologies, but the rise of Huawei as a dominant force in the wireless equipment space means that competition for technological leadership has never been more keen.

The White House and the federal government have made a 5G rollout a national security priority, but getting 5G wireless into the hands of consumers is likely to be stymied by opposition from local city councils and mayors around the issue of site access.

In order to provide reliable cell service, operators need to deploy cell sites near consumers. While they don’t need direct line of sight for the spectrum used in 4G, buildings and other objects can interfere with signals, making it critical to have a dense mesh of sites in urban environments.

Concerns about cancer, historical preservation and fees for renting space have slowed the expansion of wireless services to communities across the country. Permits for erecting a new cell site can easily take a year or more.

In the 4G world, that was somewhat manageable, since the network architecture was built with large cell sites as the core of the network. With 5G though, technologists are pushing for greater decentralization through deployment of microcells that would be closer to street-level, improving quality of service while lowering power requirements. The fear is that if permits continue to take so long for every new site, the burden of that process could kill 5G in the United States.

The FCC is investigating how to reduce the burden of siting requirements, and one option is to exempt from review the kinds of small cells that are at the heart of 5G. That plan though has faced significant pushback from environmental and historical preservation activists, who don’t want the federal government overruling local government decisions on wireless rollouts.

One attendee of the Summit this morning joked that “It takes 18 months to review a permit, and one hour to install” a small cell. Others noted that it takes just a few short weeks to deploy cell sites in South Korea and China, one reason those countries are in many ways leading the race for 5G.

As with any summit, there were buzzwords galore, but the reality is that the U.S. has an incredible opportunity to win this critical space. But we will need to fight in jurisdictions across the country if we ever want to see this technology actually arrive in our hands.

I'm a 50 year old PLC programmer from Burnley, UK. I severed my time as an electrician in the baking industry and soon got involved with the up and coming technology of PLC's. Initially this was all based in the Uk but as the years went by I have gradually worked my way around the globe. At first it was mainly Mitsubishi with a bit of Modicon thrown in but these days the industry leaders seem to be the Allen Bradley range of PLC and HMI’s.
Previous Mozilla Hubs is a super-simple social chat room for robots
Next Native Union’s new speaker strikes directly at my weakness for tasteful brass accents

Advertisements Facebook today is rolling out a new feature that will allow friends and family ...