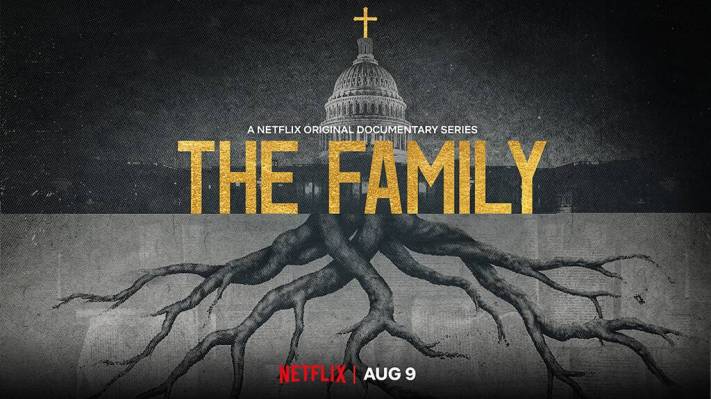 “The Family” is a new documentary series on Netflix,

Advertisements
based on the work of journalist Jeff Sharlet — whose books promise to expose “the secret fundamentalism at the heart of American power” and “the fundamentalist threat to American democracy.”

Sarah Perez joins us on the latest episode of the Original Content podcast to discuss the series series, which offer a fascinating glimpse at a secretive group of evangelical Christians known only as The Family. Their most high-profile activity involves organizing The National Prayer Breakfast, an even that attracts major political figures, including every U.S. president since Eisenhower.

While the series opens with extensive, sinister and often cheesy reenactments showing Sharlet’s introduction to The Family, later episodes offer a broader perspective, interviewing figures who are part of or remain sympathetic to the organization, and pressing Sharlet on whether his view on The Family is correct.

Ultimately, “The Family” seems more interested in raising questions — about a specific organization and about the broader role of Christianity in American politics — than it is in answering them. It’s an admirable stance, but one might leave viewers a bit unsatisfied when they reach the end of the five-episode series.

In addition to our review, we also discuss Apple’s announcement of pricing and a November 1 launch date for its TV+ streaming service.

You can listen in the player below, subscribe using Apple Podcasts or find us in your podcast player of choice. If you like the show, please let us know by leaving a review on Apple. You can also send us feedback directly. (Or suggest shows and movies for us to review!)

I'm a 50 year old PLC programmer from Burnley, UK. I severed my time as an electrician in the baking industry and soon got involved with the up and coming technology of PLC's. Initially this was all based in the Uk but as the years went by I have gradually worked my way around the globe. At first it was mainly Mitsubishi with a bit of Modicon thrown in but these days the industry leaders seem to be the Allen Bradley range of PLC and HMI’s.
Previous Optus takes wraps off customer concierge service to take NBN out of the equation
Next Zyl raises $1.1 million to resurface old memories from your photos

Xiaomi, Advertisements the Chinese comapny famous for its budget smartphones and a bevy of value-for-money ...