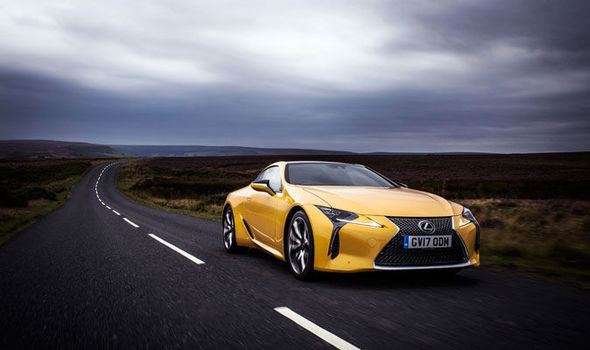 With diesels having proved so popular for larger saloons and SUVs, that hasn’t always been a particularly wise strategy, especially in Europe, but now the market seems to be turning towards them.

So it’s odd that, while car-buyers begin to embrace alternatively-fuelled cars and hybrids in all their forms, Lexus should choose this moment to introduce this LC grand tourer with its distinctly old-school 5.0-litre V8 petrol engine.

To be fair to Lexus there is another version of this LC that is a hybrid – for the same price and virtually the same performance.

And, of course, the same incredible looks. Any doubts about this V8 model’s popularity have been quashed in the knowledge that this version is currently out-selling its hybrid counterpart.

Then again, those doubts come thick and fast with almost every element of this LC500. For starters there are those looks.

Beauty is in the eye of the beholder and all that but few sports cars induce more Marmite-like love-it-or-hate-it reactions than this.

For what it’s worth, we love it and there’s little question that it turns heads on the road; even if it turns a few stomachs at the same time.

There’s little question about its performance either. That 5.0-litre V8 engine produces a hefty 471bhp and with a 10-speed automatic gearbox gives a 0 to 60mph time of just 4.4 seconds and a 168mph top speed.

Those are certainly not figures to be sniffed at, even if the 24.4mpg average fuel economy and 267g/ km emissions are hardly very PC in this modern age, even at a sports car level.

However, that’s about all that the LC offers that isn’t modern. That engine and layout might be old school (rivals are moving towards smaller, turbocharged, units), but the rest is bang up to date with a gorgeous interior, digital dashboard and dials, wide infotainment screen and deep-set sports seats. 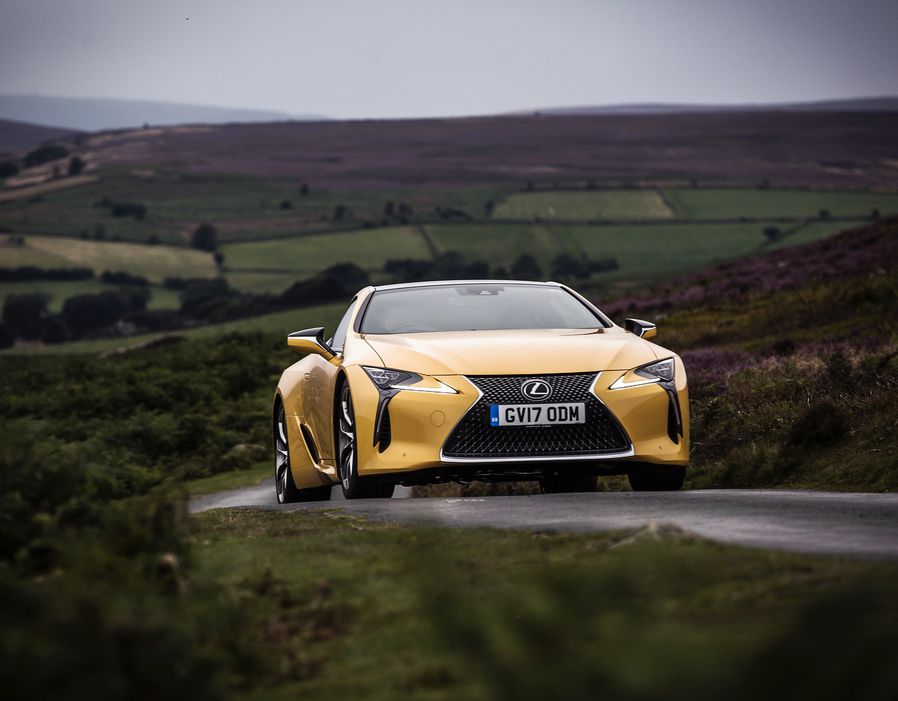 You sit low down in the LC and it feels like a long car, although that’s the least of your worries when you push the starter button and that V8 growls into life ahead of you.

Slot it into D and the Lexus pulls serenely away, the engine smooth and the ride sporting if not overly firm when in Comfort mode.

The real shock comes when the road opens up and you give all of those 471 horses their heads. Ironically, the initial feeling is something of a disappointment.

Being so used to immediate power from modern turbo-charged engines, that initial surge takes time as the revs build. And then all hell brakes loose.

The needle on the rev counter fires round the dial to red and the engine screams in a glorious V8 howl. 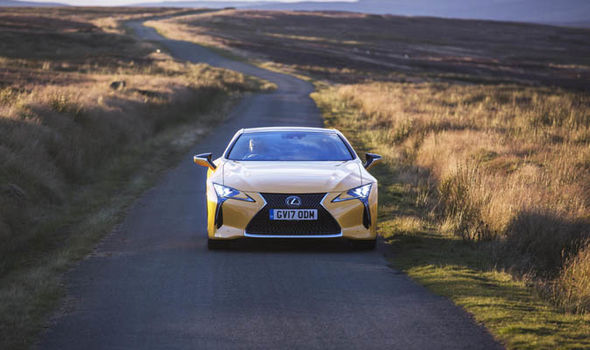 Grab another gear on the paddles behind the steering wheel and there’s a spine-tingling crack as the engine pauses then goes again, dragging the horizon underneath the windscreen at a furious and mind-boggling rate.

Forget high-stakes gambling, Class A drugs or the best red wine, this is the stuff addictions are made of. The LC’s steering is sharp with plenty of feedback on what the car is doing beneath you, making it wonderfully adjustable via your right foot through tighter bends.

You can never fully lose sight of its dimensions though, nor its close to two-tonne weight; but when that V8 engine is on song, you’re prepared to forgive it an awful lot.

Part of what makes this Lexus so driveable is a suspension system that can be adapted from Comfort right up to Sport and extreme Sport-Plus settings.

It’s firm, and those sportier modes are best left to smoother roads, but this feels like a car that’s been developed by driving fans for driving fans.

Even those gear-change paddles are nice and long, to ensure they’re always exactly where you need them when driving hard. Not that it’s perfect. 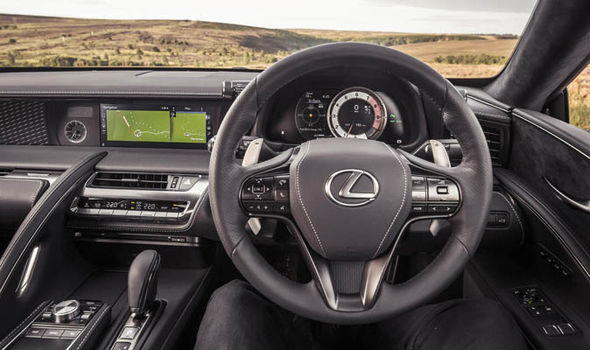 The LC is a fine sports car

For all the joy of that experience behind the wheel, the infotainment system is just way too complicated to use on the move.

You’re often forced to take your eyes off the road to use it, which clearly isn’t ideal. Its format isn’t great either, particularly when you’re trying to follow a map on the sat nav.

That’s a shame when the build quality and materials are so good. Practicality isn’t an LC strong point either.

The small rear seats are verging on totally redundant, even for children, while the boot proves to be long but impossibly shallow.

We could only just get a wheely luggage bag to fit with some encouragement. Lexus claims that the LC is meant as more of a grand tourer than an out-and-out sports car like Porsche’s 911, but on the evidence of this V8, we think that does it a disservice.

This LC is a fine sports car full stop, no matter what you want to call it.

Hybrids and electric-power might be the future, but we can only thank Lexus for this lesson in automotive history. It’s a peach. 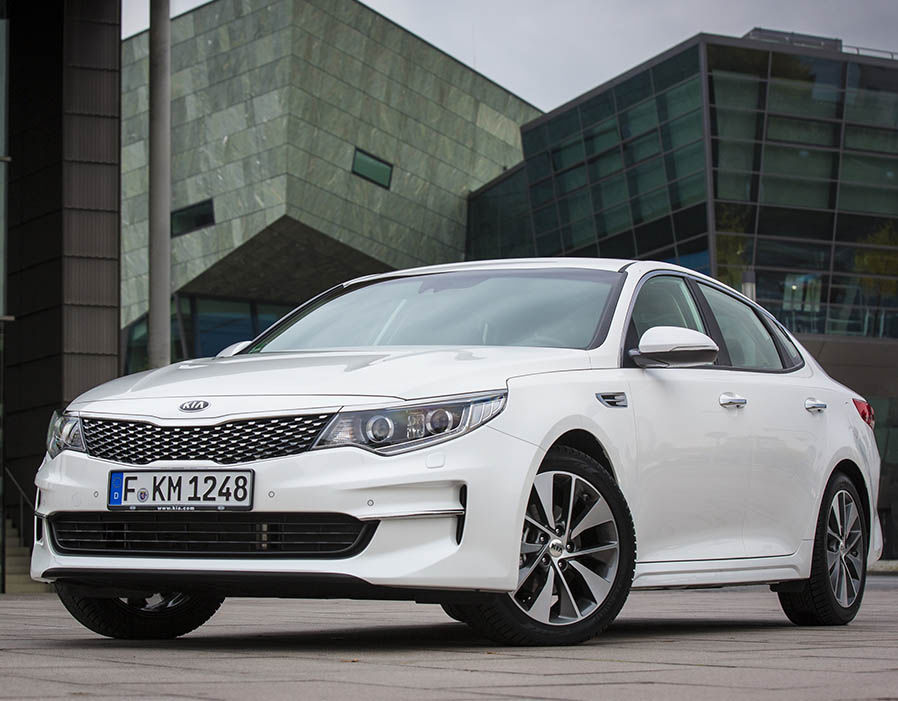 I'm a 50 year old PLC programmer from Burnley, UK. I severed my time as an electrician in the baking industry and soon got involved with the up and coming technology of PLC's. Initially this was all based in the Uk but as the years went by I have gradually worked my way around the globe. At first it was mainly Mitsubishi with a bit of Modicon thrown in but these days the industry leaders seem to be the Allen Bradley range of PLC and HMI’s.
Previous Alibaba neural network defeats human in global reading test
Next WhatsApp reportedly testing anti-chain letter spam warning