Breaking News
Home / Auto / Learner drivers are allowed to drive on the motorway from TODAY: Here’s how it affects you

Learner drivers are allowed to drive on the motorway from TODAY: Here’s how it affects you 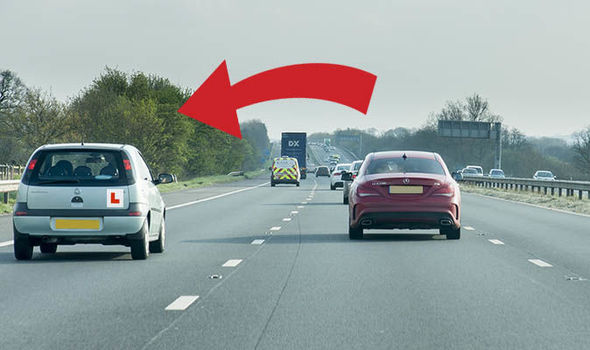 From today, learner drivers will be able to take lessons on the motorway in the UK.

Any motorway lessons learner drivers take will be voluntary and not become a mandatory part of the learning and examination process and will not feature in the updated test.

Learners will need to be accompanied with an approved driving instructor in a car with dual-controls displaying L plates.

Road Safety Minister, Jesse Norman, said: “Britain’s roads are among the safest in the world, but road collisions remain the second biggest killer of young people.

“Allowing learner drivers to have motorway lessons with a qualified road safety expert will help more young drivers to gain the skills and experience they need to drive safely on motorways.”

The new rules have been introduced to give new drivers broader experience on the roads and teach them how to safely and effectively use a motorway.

Statistics show that newly-qualified drivers are most vulnerable in the first 6 months after passing their driving test.

A lack of confidence sees some drivers avoid taking the motorway and instead opting for rural roads.

In 2015, 80 per cent of all young driver deaths happened on rural roads.

The Driver and Vehicle Standards Agency (DVSA) has emphasised how the motorway lessons will give learners the confidence and skills require to safely use motorways.

During a motorway driving lesson motorists will get training on:

-How to join and leave the motorway, overtake and use lanes correctly

-What to do if a vehicle breaks down on a motorway

DVSA Chief Driving Examiner, Mark Winn, said: “DVSA’s priority is to help you through a lifetime of safe driving.

“Allowing learner drivers to have motorway lessons was supported by 80 per cent of people who gave their feedback on this change, with the public recognising the importance of developing these skills in a controlled environment.

“I’m delighted that a new generation of drivers can now drive on the motorway to gain valuable experience, including overtaking safely and lane discipline.”

The DVSA has urged the road users to be wary of learners and patient around them as they will not be as experienced as other road users.

Edmund King, AA president says: “It was an anomaly that after months of structured training, a newly qualified driver could drive alone on a motorway without any tuition within minutes of passing their test.

“Allowing learners to drive on motorways ahead of taking their test should produce safer drivers, especially when it comes to how they interact with All Lane Running motorways, lane discipline and safe techniques to join and leave motorways. 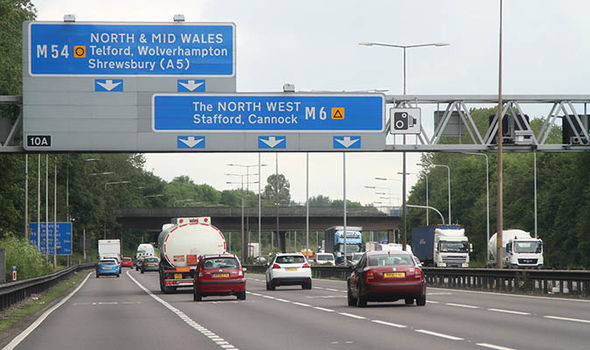 RAC road safety spokesman Pete Williams says: “Allowing competent learner drivers on the motorway to have lessons with instructors in a dual-controlled car has to be a positive move.

“Venturing on to a motorway after passing the driving test can be very daunting so experiencing this in a safe, tuition-based way can only help to raise safety and driving standards among newly qualified drivers.

“Motorways are statistically our safest roads and this progressive step will no doubt ensure this continues to be the case in the future.”

Peter Harvey, Chairman of the National Associations Strategic Partnership (NASP) said: “The partners in NASP are very pleased to see that learner drivers are, at last, being allowed to drive on motorways.

Swearing at other drivers

“Driver trainers have been campaigning for many years to be able to train learner drivers on the vital skills needed on motorways before they pass their driving tests.

“We have been preparing for this announcement for quite some time and have been and continue to offer advice and training to our members on best practice when they take novice drivers on to a motorway for the first time.

“We have produced guidelines which are available on the NASP website.

“We are keen to emphasise to driver trainers that they should only take learners on to motorways when the learner is ready.

“Learner drivers should not expect their instructor to be giving them motorway training until they are ‘test-ready.”

I'm a 50 year old PLC programmer from Burnley, UK. I severed my time as an electrician in the baking industry and soon got involved with the up and coming technology of PLC's. Initially this was all based in the Uk but as the years went by I have gradually worked my way around the globe. At first it was mainly Mitsubishi with a bit of Modicon thrown in but these days the industry leaders seem to be the Allen Bradley range of PLC and HMI’s.
Previous iPhone X clone? Xiaomi Mi 8 has notch, face unlock, top chipset but far lower price
Next Nvidia prices Jeston Xavier AI platform developer kit at $1,299