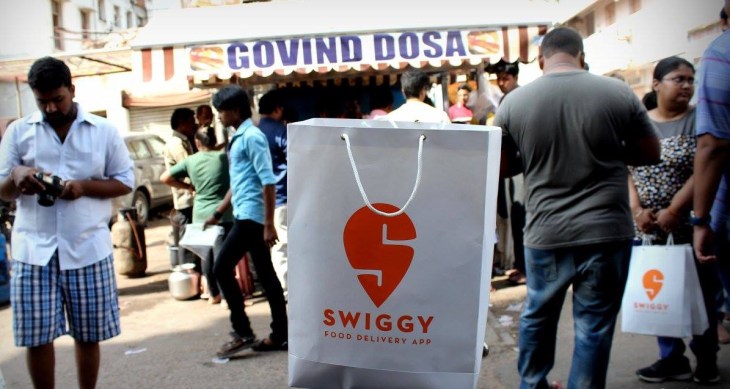 India’s food delivery race is hotting up after Swiggy, one of the startups vying for pole position, landed $210 million in new capital for expansion and joined the billion-dollar startup unicorn club.

The investment is led by existing backer Naspers, the media conglomerate famous for an early bet on Tencent in China, and new investor DST Global. Others taking part in the round include returning investor China’s Meituan Dianping and (another new investor) Coatue Management.

The deal takes Swiggy’s valuation past the $1 billion mark for the first time. Sources with knowledge of negotiations told TechCrunch that it values the company at around $1.3 billion. There’s perhaps not a tonne of surprise around today’s announcement since it has been rumored in the Indian press for some time, with Economic Times first reporting on it in April.

This Series G investment comes just months after Naspers and Meituan Dianping invested $100 million into Swiggy in February. The new round takes Swiggy to over $465 million raised from investors to date, making it India’s most-capitalized food delivery startup. Nearest competitor Zomato has raised some $440 million from investors that include Alibaba’s Ant Financial affiliate, Sequoia Capital and Temasek, but its business also includes markets outside of India, whereas Swiggy’s is firmly focused on its homeland. (Zomato was most recently valued at $1.1 billion.)

Swiggy claims to cover 35,000 restaurants with a delivery fleet of over 40,000. The company isn’t giving financials at this point, but it said that it has seen “a three-fold increase in revenues in the last financial year.”

The company isn’t saying in specifics how it will use the new capital, but a representative told TechCrunch that the plan is to invest in extending its reach to new locations in India and also to build out its logistics network to better serve customers.

“With this investment, we will continue to widen Swiggy’s offerings, along with bolstering our capabilities and plugging the gaps in the on-demand delivery ecosystem,” added Swiggy CEO Sriharsha Majety in a statement.

In addition, no doubt the business is capital intensive given the competition, so you’d imagine that a significant amount of money is needed to offset the monthly burn rate that Swiggy and others chalk up.

Beyond Zomato, Swiggy’s competitors also include ride-hailing companies Ola — which acquired the FoodPanda India business last year — and Uber, which has offered its Uber Eats service in India for over a year. A smaller player (but equally big-name) is Google, which launched its Areo food delivery service in India in April 2017.

I'm a 50 year old PLC programmer from Burnley, UK. I severed my time as an electrician in the baking industry and soon got involved with the up and coming technology of PLC's. Initially this was all based in the Uk but as the years went by I have gradually worked my way around the globe. At first it was mainly Mitsubishi with a bit of Modicon thrown in but these days the industry leaders seem to be the Allen Bradley range of PLC and HMI’s.
Previous Telstra restructure axes 8,000 jobs
Next Google Play now makes it easier to manage your subscriptions

A breakdown of Bessemer and Forbes’ yearly Cloud 100 list Hello from the midst of ...