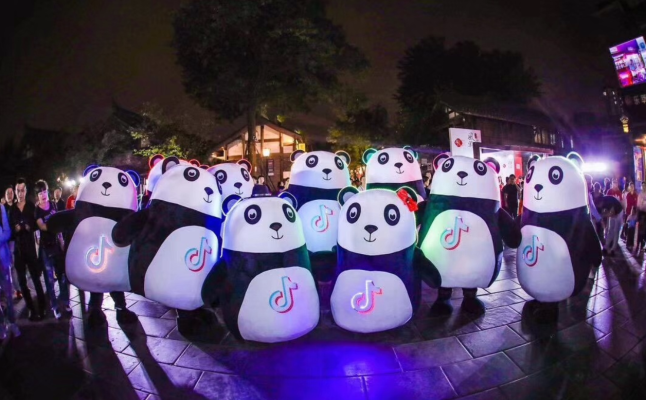 Does the overcrowded and cut-throat music streaming business have room for an additional player? The world’s most valuable startup certainly thinks so.

Advertisements
valued at more than $75 billion, is working on a music streaming service, two sources familiar with the matter told TechCrunch. The company, which operates popular app TikTok, has held discussions with music labels in recent months to launch the app as soon as the end of this quarter, one of the sources said.

The app will offer both a premium and an ad-supported free tier, one of the sources said. Bloomberg, which first wrote about the premium app, reported that ByteDance is targeting emerging markets with its new music app. A ByteDance spokesperson declined to comment.

For ByteDance, interest in a music app does not come as a surprise. Snippets of pop songs from movies and albums intertwined with videos shot by its humongous user base is part of the service’s charm. The company already works with music labels worldwide to licence usage of their tracks on its platform. In China, where ByteDance claims to have tie-ups with more than 800 labels, it has been aggressively expanding efforts to find music talents and urge them to make their own tracks.

Besides, ByteDance has been expanding its app portfolio in recent months. Earlier this year, the company released Duoshan, a video chat app that appears to be a mix of TikTok and Snap. This week, it launched Feiliao, another chat app that is largely focused on text-driven conversations. At some point, the company may have realized the need for a standalone music consumption app.

When asked about TikTok’s partnership with music labels last month, Todd Schefflin, TikTok’s head of global music business development, told WSJ that music is part of the app’s “creative DNA” but it is “ultimately for short video creation and viewing, not a product for music consumption.”

The private Chinese company is likely eyeing India as a key market for its music app. The company has been in discussion with local music labels T Series and Times Music for rights. Moreover, its apps are estimated to have more than 300 million monthly active users in the nation, though there could be significant overlaps among them.

India may have also inspired ByteDance to consider a free, ad-supported version of its music app. Even as more than 150 million users in India listen to music online, only a tiny portion of this user base is willing to pay for it.

This has made India a unique battleground for local and international music giants, most of which offer an ad-supported, free version of their apps in the market. Even premium offerings from Apple and Spotify cost less than $1.2 a month. India is the only market where Spotify offers a free version of its app that has access to the entire catalog on demand.

The launch of the app could put the spotlight again on ByteDance in India, where its TikTok app recently landed in hot water. An Indian court banned the app for roughly a week after expressing concerns over questionable content on the platform. Ever since the nation lifted the ban on TikTok, the company has become visibly cautious about its movement.

I'm a 50 year old PLC programmer from Burnley, UK. I severed my time as an electrician in the baking industry and soon got involved with the up and coming technology of PLC's. Initially this was all based in the Uk but as the years went by I have gradually worked my way around the globe. At first it was mainly Mitsubishi with a bit of Modicon thrown in but these days the industry leaders seem to be the Allen Bradley range of PLC and HMI’s.
Previous Backed by LG, AmazeVR is hoping to resurrect virtual reality’s consumer dreams
Next Peak Design’s Travel Tripod

With iOS 14, Apple is going to update Apple Maps with some important new features, ...